From Grief to Hope: A Year with the Northern White Rhinos

Today is World Rhino Day. For the tenth time in a row people around the world celebrate these magnificent animals and remind all of us to spare no effort to protect them. For one kind of rhinos in particular the circumstances are inadequate for a celebration: For decades the story of the northern white rhinoceros has been a tale of decline. The number of individuals shrank down to only two in 2018, when the last World Rhino Day was celebrated. Complete extinction seemed to be only a matter of time. But since the death of the last male Sudan - an occasion for grief - in March 2018 there were signs of hope: Advances in science, unending devoted care, diplomatic breakthroughs, recent milestones in conservation and an animal bodyguard! 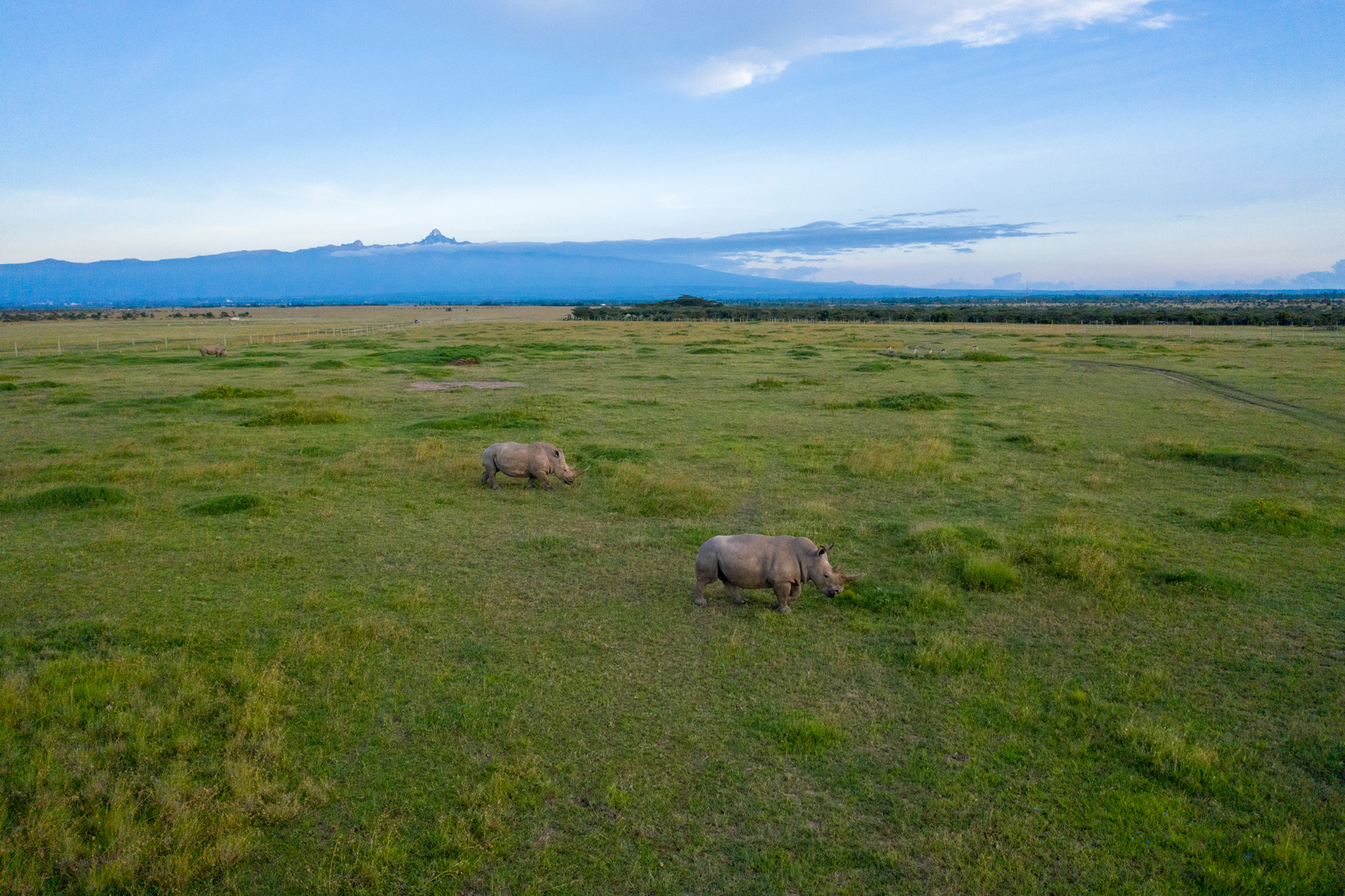 September 22, 2018: Six months have passed since the death of Sudan, the last male northern white rhinoceros. His daughter and granddaughter, Najin and Fatu, have become the lonely survivors of the once large population of northern white rhinos in Central Africa. Without a male, there is no way for them to breed naturally and pass the baton on to a next generation. A few years before, a health assessment of Najin and Fatu revealed that they would not be able to carry out offspring anyway - male or no male at hand. Despite the debate whether the northern and the southern white rhino constitute different species or rather subspecies, the extinction of a giant grazer - umbrella species, landscape architect, role model - was imminent.

However, the number of living individuals was, to some degree, an illusion and hope was not yet to be lost. In wise foresight, veterinarians and scientists collected and preserved cell material such as skin tissue and sperm from northern white rhinos years, even decades before. At minus 196 degrees centigrade they were preserved for their time to come. There seemed to be no point in doing so when the first World Rhino Day was celebrated in 2010: the techniques and methods to use these cells for aiding the reproduction of the rhino had not been invented yet. 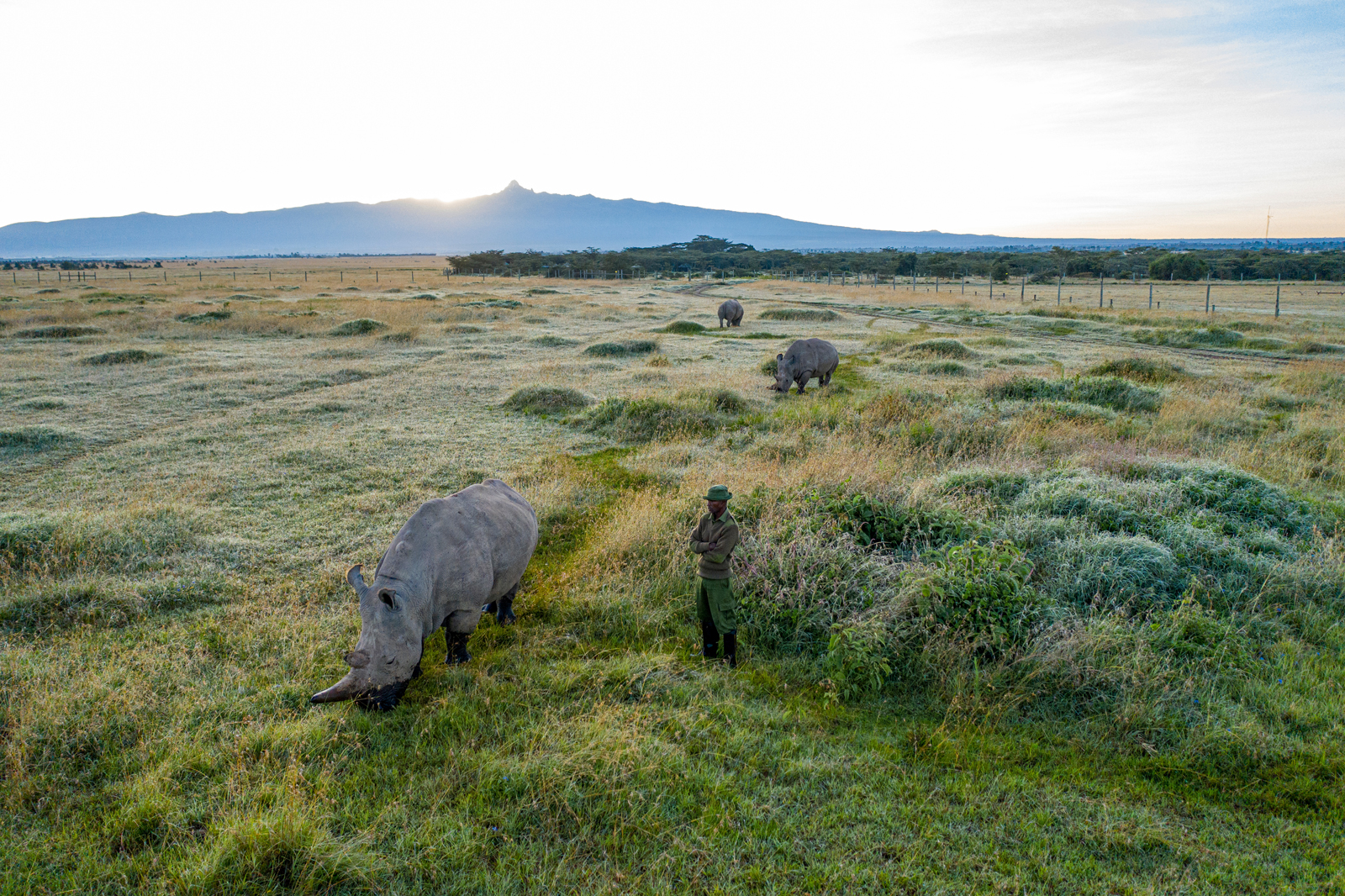 Fast-foward to July, 2018: A team of scientists and reproduction specialists from the BioRescue project announce a milestone. For the first time ever they managed to fertilize rhinoceros eggs with frozen sperm and to create early-stage embryos in-vitro. Not only did they proof the foresight to store the cell material right, they also showed that the preserved sperm from northern white rhino bulls are still capable of fertilizing eggs  in this case from southern white rhinos. This breakthrough meant that another earlier decision was a wise one too: In 2015 the northern white rhino committee - which comprises of Safari Park Dvur Králové, Kenya Wildlife Service (KWS), Ol Pejeta, Back to Africa, Lewa Wildlife Conservancy and Flora & Fauna International - agreed that the only way for the northern white rhinos to be saved is through advanced artificial techniques of reproduction. Following the death of Sudan, these magnificent animals were actually closer to being saved from extinction through the techniques pioneered by BioRescue - including a patented equipment for the egg collection - than years before when a handful of individuals were still alive.

For Najin and Fatu, as well as for the kindred guardians of the animals at Ol Pejeta Conservancy, the death of Sudan marked the begin of a new era. Down to two, the northern whites where never as lonely as in the last year. But the neverending devotion from their keepers kept the spirits alive. And an unlikely bond strengthened: Najin and Fatu, both gentle in nature and very tame among their human friends, live together with a more spirited southern white rhino. She is always alert and performes brilliantly as a protector for her northern sisters. The guarding of Najin and Fatu, one of the most important permanet tasks, is now helped by an animal bodyguard. 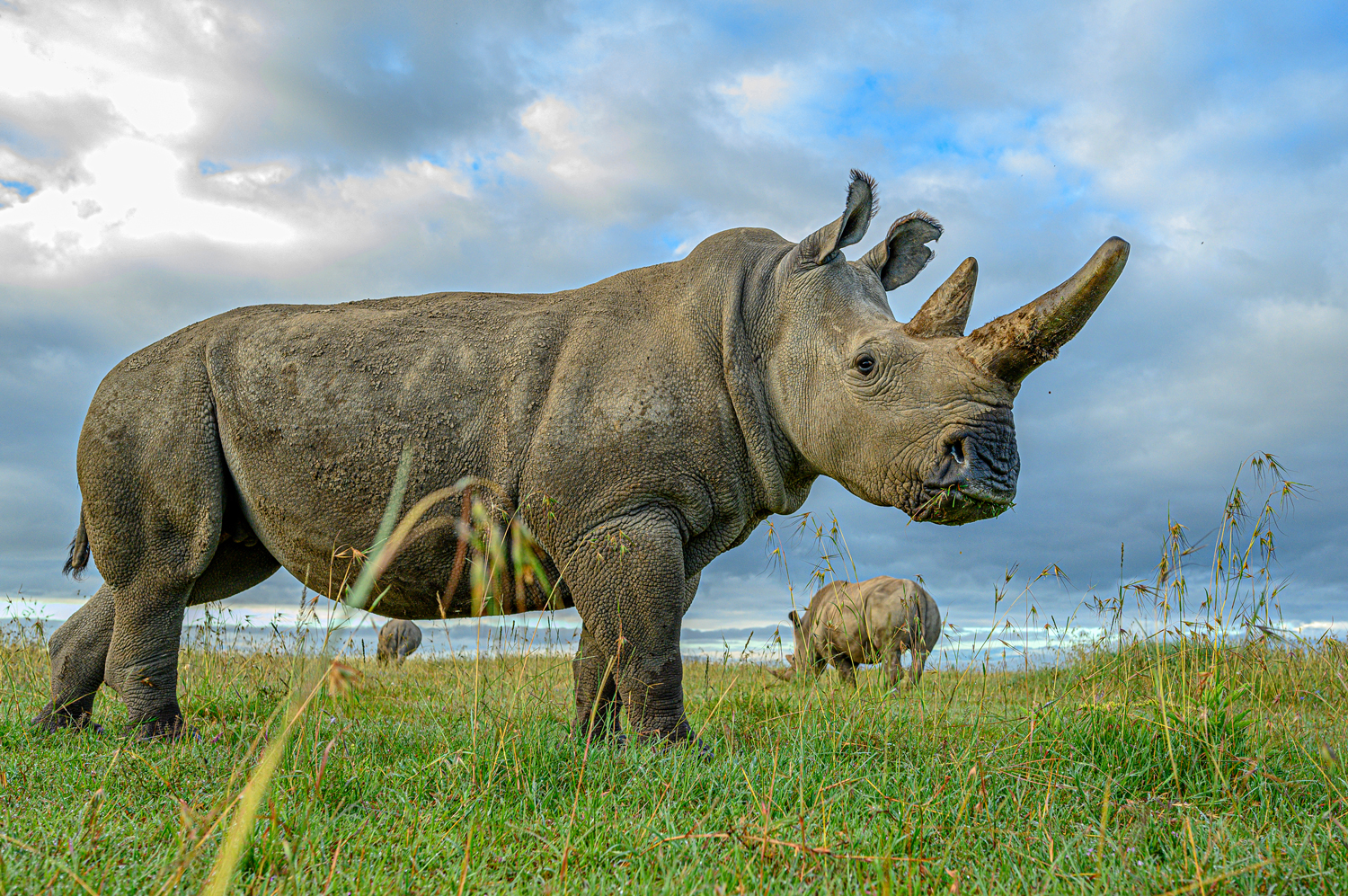 On September 22, 2018, everything seemed to be ready for the milestone procedure to collect eggs from Najin and Fatu. Yet, this operation involved many partners in many countries and required the transport of living bio-material across continents  so agreeing on the details of this undertaking and obtaining the necessary permits has been a mountain to climb in its own right. Cornerstone was the agreement between Kenya and Czech Republic. Both sides arrived to an agreement in October 2018 that authorities of both countries subsequently signed. Afterwards, the process of issuing the permits for the export of the samples started with KWS, NACOSTI (National Commission for Science, Technology and Innovation) and NEMA (National Environment Management Authority). After a rather rigorous evaluation of the project proposal it was approved by Kenyan authorities and in July 2019 all permits necessary for being able to apply for the CITES permit were obtained.

With the green light from all parties, preparations started quickly and within six weeks the milestone procedure was underway: On August 22, 2019, a team of veterinarians successfully harvested eggs from the two females who live in Ol Pejeta Conservancy in Kenya  a procedure that has never been attempted in northern white rhinos before. Ten days later, using those eggs collected they successfully created two northern white rhino embryos. The embryos are now stored in liquid nitrogen to be transferred into a surrogate mother in the near future.

18 months after the grief of Sudans death, there is new hope for the northern white rhino. The number of World Rhino Days that have to come until the population of these animals actually grows may be countable with one hand! In order to make possible what seems thinkable for the very first time, the team behind these efforts is in need of every support it can get. Follow our story, spread the word, and consider donating for sustaining the new hope: https://donorbox.org/biorescue.

Description
Ol Pejeta Conservancy is the largest black rhino sanctuary in east Africa, and is the only place in Kenya to see chimpanzees. It is also home to the last two northern white rhinos on the planet. Ol Pejeta´s cutting edge wildlife security includes a specialized K-9 unit, motion sensor cameras along its solar-powered electric fence, and a dedicated Rhino Protection Unit.
Read More Visit Website