The BioRescue consortium develops advanced methods of assisted reproduction to save the northern white rhino from extinction. Oocytes from the last remaining females play a key role in this mission, as embryos are created from them by in-vitro fertilisation with sperm from deceased bulls. Within BioRescue, the Max Delbrück Center for Molecular Medicine (MDC) in Berlin is working with partners in Munich and Kyushu (Japan) on a second strategy for obtaining oocytes – developing them from stem cells. The team now created induced pluripotent stem cells (iPSCs) from northern white rhino Nabire and thereby substantially advanced the process of creating iPSCs and differentiating them into primed and naïve-like stem cells. This important step towards creating artificial oocytes from stem cells is described in the scientific journal “Scientific Reports”.

The scientists of the MDC Technology Platform “Pluripotent Stem Cells” and the Helmholtz Zentrum München were able to generate and describe in detail so-called induced pluripotent stem cells (iPSCs) generated from preserved skin cells of the northern white rhinoceros Nabire. Nabire lived in the Safari Park Dvůr Králové (Czech Republic), where she died in 2015 at the age of 31. On the very day of her death, scientists secured skin and tissue samples and cryopreserved them for later use. Stem cell scientist Dr Micha Drukker and his team at Helmholtz Zentrum München and at the Leiden Academic Centre for Drug Research at Leiden University succeeded in producing iPS cells from this tissue using the method of episomal reprogramming. To do this, Drukker and his team introduced foreign DNA molecules into the genome of the skin cells, so-called plasmids. These contain genes that reprogram the skin cells into iPS cells. It is the first time that the creation of iPSCs was successful with samples obtained from a rhinoceros at this age. Since northern white rhino tissue donors are and have been quite old, this significantly improves the prospects of a stem cell approach to create artificial oocytes for advanced assisted reproduction. 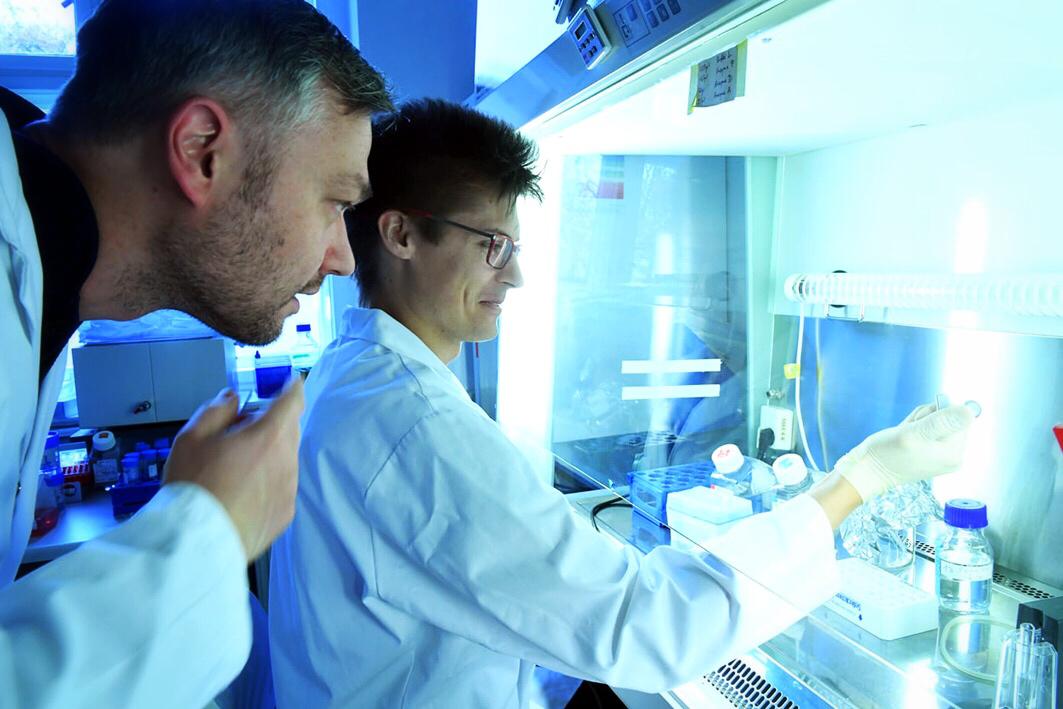 A second and no less important advance in the process of and procedures to create stem cells in rhinoceroses are the insights gained by the team into the differentiation of stem cells into different states. iPS cells have different states: they can be naïve – the “original state” of pluripotency – or primed. Cells in the latter state are thought to have reached a slightly more advanced stage in terms of embryonic development. Experiments with stem cells generated from mice showed that they are particularly good at producing germline cells when converting from the primed to the naïve-like state. However, when the scientists first attempted to convert the rhino cells to a naïve-like state, the cells died. The team therefore introduced a gene into the rhino cells that prevents cell death – and with this, they successfully obtained naïve iPS cells. “We have characterized the cells in detail by, among other things, analyzing transcriptome data,” explains first author Dr Vera Zywitza from the Technology Platform “Pluripotent Stem Cells” led by Dr Sebastian Diecke at the MDC. “The successful conversion to a naïve-like state of pluripotency is a promising starting point for generating germline cells.”

Nevertheless, Zywitza and her colleagues cannot yet move onto the next stage. “The iPS cells we cultivated contain persistent foreign genetic material – namely, the reprogramming factors and the gene that prevents cell death,” Zywitza explains. “This means we can’t use them to make germ cells, as there is a risk these would be pathologically altered.” In the meantime, Diecke’s team has generated further iPS cells. They used RNA viruses instead of plasmids to introduce the reprogramming factors. These new iPS cells do not contain anything that does not belong there. Now the scientists are trying to produce primordial germ cells from them. “This work contributes significantly to the understanding of pluripotency – the ability of stem cells to differentiate into any body cell,” says Zywitza. “It marks a promising start for germline cell cultivation and thus a significant milestone on the way to the artificially generated rhino egg.”

Natural reproduction is no longer possible for the northern white rhinoceros, since the remaining population only consists of two females. This is why the BioRescue consortium led by the Leibniz Institute for Zoo and Wildlife Research (Leibniz-IZW) develops methods that could make offspring possible despite these adverse circumstances. They retrieve immature egg cell cells (oocytes) from the two females, fertilise them in the laboratory with thawed sperm from already deceased bulls and create embryos in this way – 14 of them are already stored in liquid nitrogen. Using a technology and method that is entirely new for rhinos and currently in development by the BioRescue team, the embryos can be implanted in southern white rhino females, which then act as surrogate mothers to bear the longed-for offspring for the world's rarest rhinos.

“Every step of this mission is uncharted scientific territory, and the limited availability of oocytes and the low genetic diversity of the represented population are a particular challenge,” says BioRescue project leader Prof Thomas Hildebrandt, head of the Department of Reproduction Management at the Leibniz-IZW. Oocytes could only be successfully retrieved and fertilised from one individual, which is why strategies are being sought to obtain a larger number of oocytes from several unrelated animals. As part of the BioRescue consortium, the MDC and Kyushu University, together with cooperation partners such as the Helmholtz Zentrum München, are developing methods to produce gametes (eggs and sperm) from skin cells. In 2016, Prof Katsuhiko Hayashi (Kyushu University) succeeded in generating oocytes from the skin of mice, artificially fertilising them and implanting them in female mice. The baby mice produced with this method were healthy and after completion of their development fertile. “If we succeeded in doing the same for the northern white rhinoceros, we could stop the cumbersome egg collection from living animals and still produce embryos in larger numbers,” says Hildebrandt. “This strategy would also significantly expand the number of animals that we could use to produce the embryos.” So far, this group is limited to the two living females as egg donors and four bulls from which sperm has been cryopreserved. Cell cultures are available not only from these six individuals, but from six further northern white rhinos – such as from Nabire.

All of BioRescue’s procedures undergo a thorough ethical assessment in order to systematically evaluate the perspectives of animal welfare and the conservation value of the procedures. Since this is particularly important when breakthrough technologies for conservation are being developed, a team of wildlife ethics specialists lead by Prof Barbara de Mori from Padua University in Italy is part of the BioRescue team. These specialists assess the ethical dimension of stem cell related procedures within BioRescue and will continue to closely accompany every further step of the mission.

In the following months and years, the BioRescue scientists are faced with the challenge of reprogramming the iPS cells so that they actually develop into eggs or sperm. If this succeeds, the follow-up procedure would be the same as with the approach carried out by BioRescue so far. The artificial oocytes would be matured and fertilised in the laboratory via intracytoplasmic sperm injection (ICSI) and would develop into embryos. These embryos would also need to be cryopreserved in liquid nitrogen before being thawed again for transfer into a surrogate mother from the southern white rhino. “The stem cell approach is a hugely important piece of the puzzle for our mission, but it does not exempt us from having to master challenging steps such as embryo transfer and thus creating a pregnancy in a surrogate mother,” Hildebrandt concludes.